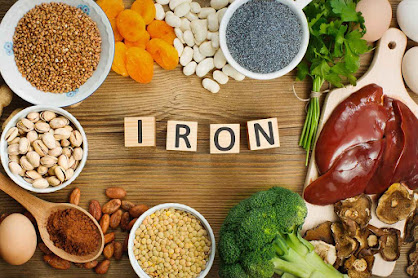 Feeling tired, lethargic or out of breath on effort requiring tasks? Did you know that this could be because you aren’t getting enough iron from your diet?

Iron is an essential nutrient, and plays a big part in our bodies energy production, and is a functional component of haemoglobin in our red blood cells and myoglobin in our muscle cells.

Unfortunately, women in their reproductive years are more vulnerable and prone to becoming iron deficient, with repeated blood losses during menstruation, thus increasing our requirement for iron to over double that of males in the same age range, to 18mg/day, so adequate iron intake is extremely important.

Tips/ Strategies for getting enough iron:

To ensure you are getting enough iron, dietary changes are suggested as the preferred strategy, as iron supplements can cause a number of unwanted side effects.

Here are some tips to ensure that you can get enough iron from your diet:

- In general, consume a well balanced diet with a variety of foods from the five food groups, including iron-rich foods. Avoiding a particular food group can result in missing out on a number of key nutrients, one which could be iron.
Below is a web link to a free pdf poster of the Australian Guide to Healthy Eating (AGTHE), showing these five food groups. Have a look and see if there are some foods you could add to the shopping list this week.

- Try and include iron-rich foods at each meal throughout the day.

- Foods to avoid that inhibit or block iron absorption from plant foods include legumes, whole grains and rice that contain phytates, along with soybeans, other legumes and nuts, with the vegetable proteins in these inhibiting absorption. Calcium in milk is also an inhibiting factor, along with the polyphenols in tea, coffee, grain products, oregano and red wine.
These foods can be consumed, but I suggest reduce consumption of these at meal times, allowing an hour before or after a meal, to ensure iron is being absorbed as well as possible.

For those of you who may be vegetarian, the DAA gives some information regarding nutrients to be aware of regarding possible deficiencies, including Iron. There are some foods suggested to have, to ensure these nutrients are being consumed, when meat/ animal products may not be.  See web link below for this further information.

If you are struggling to find ways to include iron rich foods in your diet, or you are concerned that your iron levels are low, book in with one of dietitian's who can assist with providing individualised strategies for you!

Popular posts from this blog

28.05.2021 Staying healthy in Lockdown  As Victoria enters Lockdown 4.0, it is as important as ever to look after our physical and mental health. Here are our top 10 tips for staying healthy while in self-isolation: 1. Stick to a routine Plan out a routine and stick to it. Having structure in your day gives you a sense of stability and peace of mind. For example, get up and go to bed at the same time you usually would and have your meals at the usual time. Make sure you get your normal amount of sleep. Plan different things for your weekend or day off so you can get a break from your routine, just as you normally would.  2. Enjoy some fresh air daily Current circuit breaker restrictions allow exercise for up to two hours, with one other person or members of your household. Go outside for a walk or run – it’s good for your physical and mental health. Again, plan it into your schedule so you are doing it every day. Getting out of the house will make you feel better and reduce
Read more 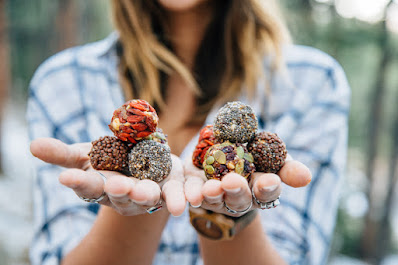 February 2019 Stuck for Snack ideas?  When life gets busy again, sometimes what we eat get’s pushed to the back of the brain, or time just gets away from us and before we realize the day is over and we forgot to eat our prepared lunch or snacks. Or maybe this busy time has limited your brainpower or ability to think up some fun snacks, so you are left with a lack of interest during the day to eat that overripe mushy banana that you forgot to eat last week. Well I have been in all of those situations, so I thought I would share some fun, simple snack ideas with you, (to share some of that brainpower around), as these ideas have definitely helped me get through. If time is of the essence, then something quick and easy to put in the mouth before or after a toilet break (we all have time to go to the toilet at some stage during the day), or in between meetings/ appointments is what I suggest. And something like a Bliss ball could be the way to go. Bliss Ball : I don’t have a set recipe
Read more 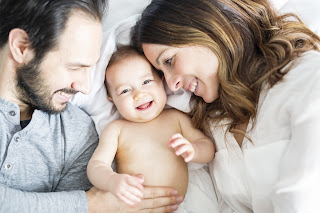 August 2018 Postnatal nutrition – what to eat after pregnancy?  As a dietitian involved in Women’s Health, including nutrition in pregnancy and also seeing new mums post delivery, a question I often get asked is ‘Is what I eat once I’ve delivered the baby important?’ In short, whether you are breastfeeding or not, the answer is yes! Understandable that being a new mum brings about different challenges, and worrying about what you are going to eat might seem overwhelming on top of it all. However, a poor dietary intake can increase stress levels, tiredness and those overwhelmed feelings, particularly when added on top of this new mum business. So what can be done? Well, here is some insight into the importance of nutrition during this time, looking at key nutrients, and what foods to try and include throughout the day. Postnatal Nutrition is important for many reasons. After giving birth your nutrition is important to assist with the healing process Whilst breastfeeding, eating a nut
Read more